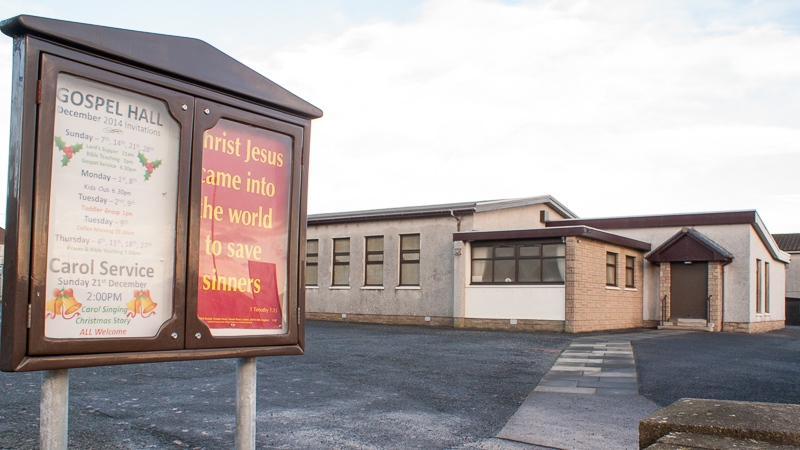 The Christians who meet in the Gospel Hall in Annandale Gardens, Crosshouse can look back over a period of more than 130 years of testimony in this area, although only the past 48 years has been within the current building.

The establishing of this Christian fellowship dates back to 1880, when mining in the area was a large employer. West of Knockentiber were the mining areas of Southhook, Hayside and Hemphill, and a Christian Mission was active among the communities there. Some believers in the area sought to meet in the locality according to the clear Biblical truths set out in the New Testament, and they initially met in a room within Hemphill Row, a group of basic miners’ houses. This continued for many years, but the believers wanted a building of their own.

Although the exact year is not known, it was around the mid-1890s that a piece of ground was purchased on Southhook Road in Knockentiber in an area known as “The Plann”. A small meeting hall was built there and became known as simply the Plann Hall. It was simple in design, consisting of a main hall, two cloakrooms and single toilet accessed from the rear of the building. A single coal boiler provided the heating. The ground was positioned just 50 yards along Southhook Road from the junction in the centre of Knockentiber, and even today the land has never been built upon following the removal of the hall approximately 70 years later.